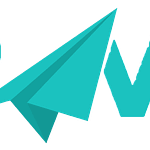 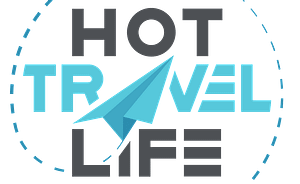 The Cuban sandwich is a variation of a ham and cheese sandwich that likely originated in Tampa or Key West catering to a large amount of Cuban workers. Key West and Tampa are two early Cuban immigrant communities in Florida built around the cigar industry. Later on, Cuban immigrants brought it to Miami, where it is also very popular. The Cuban is made with ham, roasted pork, Swiss cheese, pickles, mustard, and Cuban bread. Sometimes salami is added on in Tampa, due to a large Italian population. It is believed that the sandwich was a common lunch food for workers in both the cigar factories and sugar mills of Cuba and the cigar factories of Key West by the 1860s. While we are unsure of the exact origin of the sandwich we are very grateful it was created.

When a tiny Hialeah sandwich shop lands on Yelp’s Top 100 places to eat in the US in 2017 you don’t walk over to try it, you run. When serving everything from Lobster Bisque to Cuban Sandwiches it’s no wonder why they got to the top 100. The Cuban Sandwich could be described as Hot, cheesy, tangy from the mustard, and everything you want in a good Cuban. Franky’s Deli is also family-owned and will not disappoint no matter what you get.

El Sanguich is just not a Cuban sandwich shop. It is a time machine that takes you back to Havana in the early 1950s. The menu upgrades traditional classics such as medianoche, pan con bistec, pan con lechón, etc.  arguably the best – everything made in house from the buns and meat to the mustard, pickles, and sauces… a little pricier than your average Cuban sandwich fare but well worth it.. the owner was working…

Ever want to say “Wow, that was a great Cuban sandwich” Doce Provisions is the place to be then. They offer truffle fries and tostones. But the real treat is Cubano Sandwich even though it is not technically on the menu. It looks super simple but is packed with flavor, the bread is toasted to perfection and it is very filling and delicious. When you can’t leave Miami without trying a Cuban sandwich, Doce is the place.

Trigo Cafe can be described as a hidden little spot in the middle of Hialeah with a huge flavor. From the croquettes, they source from Las Islas Canarias to their Cuban sandwiches and great portions you surely will not be disappointed by stopping in. They offer sweet potato fries and even are serving Cuban coffee like a coffee mix drink called Batido de Trigo with almond milk and whip cream. With a place that makes you feel at home and a taste that transports you there, Trigo Cafe is definitely one that should be on your “must try” list.

If you want incredibly filling and authentic dishes, head on over to Atlantis. A cozy restaurant near the courthouse, one block away from the metromover station so it is also convenient. With a nice selection for both breakfast and lunch. Where you can delight your taste buds with one of the best Cuban sandwiches in town. Atlantis has been described as a gem with authentic and flavorful food. They offer a wide variety of food from breakfast sandwiches with your choice of bacon, sausage, or chorizo to their different lunchtime sandwiches such as the Cuban, the Midnight sandwich, or the Chorizo sandwich and pastries too. The Cuban has been described as having the perfect meat to bread rations and definitely top 5 sandwich material. From the “pillowy” bread to the sour pickles Atlantis is sure to tingle your taste buds.

Top Things to do in Miami, FL

30 Things You Must Eat |Miami, Florida

5 CBD Benefits you Need to Know!

7 Reasons Why Traveling Alone Is Something You Should Do Right...